This is a test sculpt to try out a second sculptor. who had mentioned that he was a big fan of the Wild Geese film.  He had an SLR handy in the stash, so this is the result.

Comment invited - anything not quite right, anything look odd?   (Aside from the SLR, known issue)

I have a few niggles but I'm broadly happy with it, so really tempted to flesh this out into a mini range (officers with Uzis, a Sterling or two, maybe a Madsen, some FN FALs, a Bren, Blindicide & Vickers etc..) so should anything be done differently if it was to be put into production?

These guys are a distraction as my main aim is to do some 70s/80s Brits in '68 pattern DPM and '58 webbing and full section/platoon weapons, head variants and so on. Suggestions taken, and if anyone happens to have served during that time frame and has a pic of themselves they'd like immortalised in miniature, I'm unashamedly on the scrounge for good source material!

(On the subject of photos, I should be getting images of the greens for the first two war correspondents later this week.) 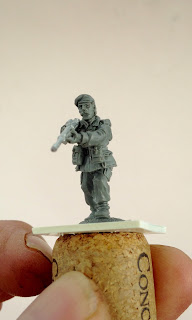 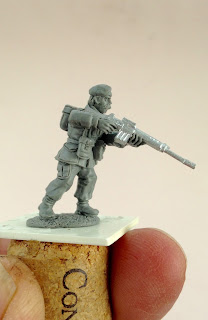 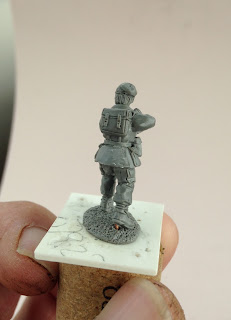 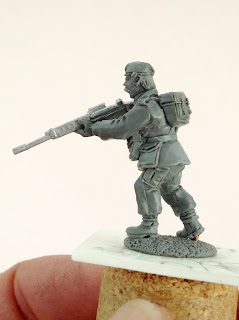